Retail sales through February show clearer signs of a letup from a strong holiday. Most notably, sales show a pronounced letup from the strong November start to the holiday.

From year-to-year gains that peaked near 6% in November, growth has slowed to about 4% or less in February for retail sales excluding autos, fuel, and restaurants.

The letup likely will persist in the months ahead given the sideways movement of consumer confidence to spend over the next 90 days (see confidence post here).

Here is more on what the latest government-reported retail numbers say—as supported by the accompanying charts: 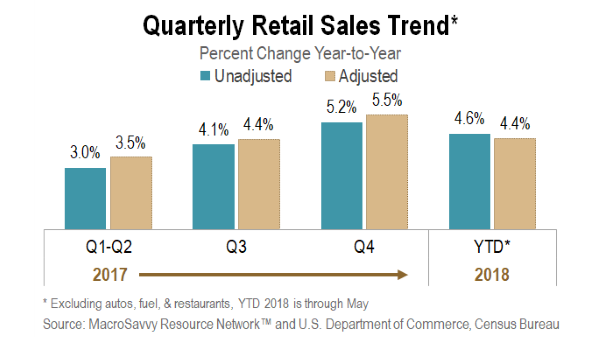