My new cat’s medical condition has been a life lesson giving me a swift kick in the butt.

I’ve been told countless times that your early twenties are about new beginnings. But what nobody told me was that new beginnings can also come at a cost. And the emotional costs can make it even harder to deal with the financial costs.

Let me explain. In the last year, I’ve said goodbye to a lot – college, Philadelphia, and most sadly, my beloved childhood cat, Baby. 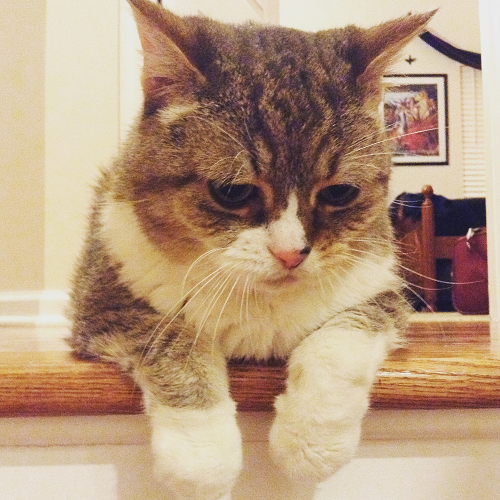 My family adopted Baby when I was in second grade, and she was with us for the next sixteen years with very few health problems. Then things took a turn. We did what we could for her, but within the month of her illness, she was gone. There were many tears on my part, but I was at peace after she passed. We’d done what we could for her, and we’d had her for the most amazing sixteen years.

But every ending brings a new beginning. About a week after Baby passed, I was at the animal shelter to save another life. Enter Sagittarius. 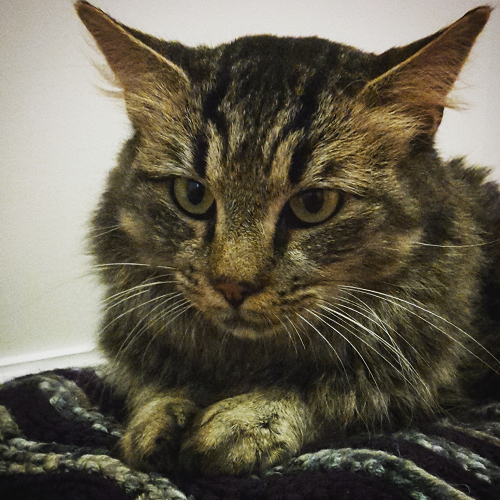 I’d wanted another cat for some time, and I was excited because Sagittarius was mine, not the family’s. I told my parents (who I still live with) that I’d be financially responsible, do everything for him. The only concession they had to make was letting him live in the house.

Then things took another turn. After a scary trip to the veterinary ER, I learned that Sagi, my barely two year old furbaby, had heart failure.

Many more tears were shed then too. But the tears were different that time. With Baby, I cried because there wasn’t any more I thought we could do. She was just old and her health declined naturally. With Sagi, there was more I could do – or thought I could do.

My cat needed a cardiologist. And I couldn’t afford it.

That’s not surprising for a young person like me. Households spend an average of nearly $1,000 a year on their pets—if you look at only households that own pets. But that spending is lowest among the youngest households age 24 and younger. We just don’t have the money to spare.

Logically, I knew I had nothing to feel guilty about. Shelling out $1,000 a year on a pet is much less of a financial burden on someone with an established career than it is for a twenty-two year old unpaid intern and part-time Barnes & Noble bookseller. I understood that. But I still felt awful.

I did the best I could. I took Sagi to a regular vet for follow-ups. As his condition worsened, I even created a GoFundMe campaign to raise the money to take Sagi to a cardiologist. Hours after I launched the campaign, he took another turn for the worse. I had to make the decision to end Sagi’s suffering.

In hindsight, a cardiologist may not have even been able to make a difference. In the hours between the launch of my GoFundMe and Sagi’s passing, I was able to raise exactly enough to cover the cost of his cremation.

What now? I’ll pay the rest of my bills and start to save for the future. Will there be a new pet? Not any time soon, but someday, when the emotions aren’t so fresh – when I’m ready for another new beginning.