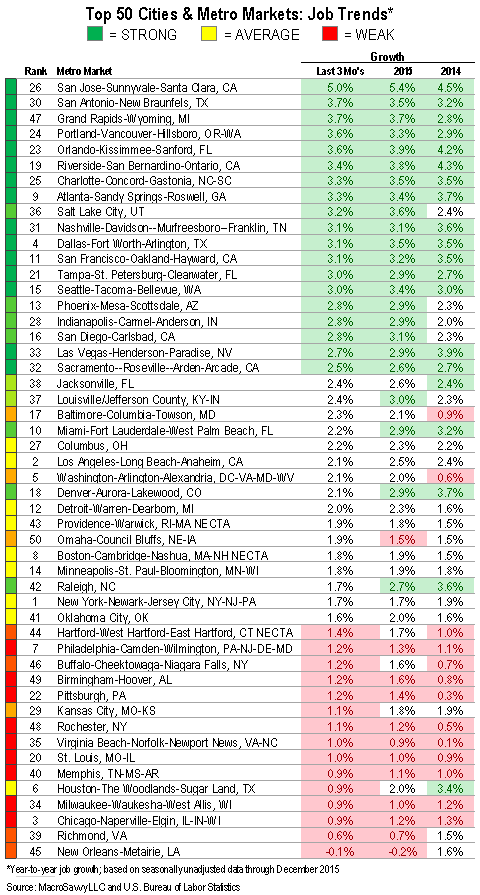 Look West and South for the fastest-growing local markets led by San Jose and San Antonio, according to the latest data on job growth by U.S. cities and metro markets.

The slower-growing markets led by New Orleans, LA, and Houston, TX, are increasingly being affected by the slowdown in the oil industry as fuel prices remain low.

See the table for the full list of the top 50 markets ranked by recent growth.

Besides oil, industries such as technology, autos, government and financial services are the key to the ongoing prospects by local market. Among the callouts and watchouts: