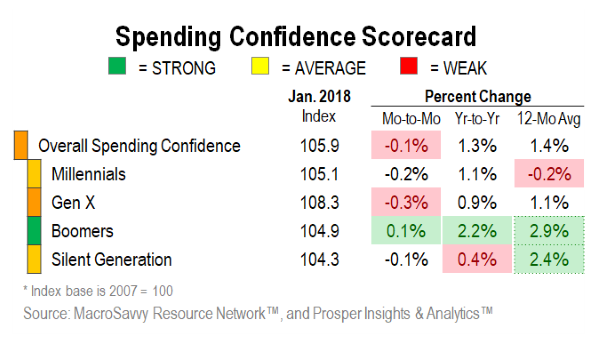 In an encouraging sign for 2016 prospects, household confidence held up in January from the prior month despite the big stock market declines—according to a first look at the latest U.S. confidence measures.